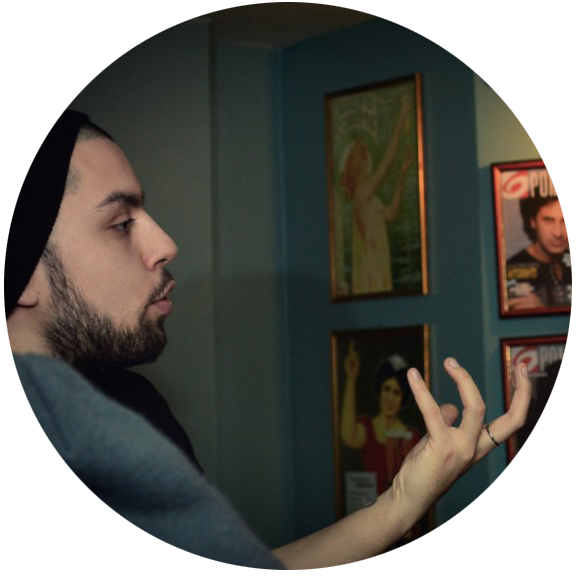 My name is Pantelis, founder of the Vatoum Productions. I have a long experience and awards on digital manipulation about Filmmaking, Photography, Graphic Design and Social Media. My specialty is in Directing, Special Effects (VFX), Video and Photo Editing and Camera Operating.

I was wondering when your interest started in digital art?

Some years ago, as a musician, I had taken a scholarship in England, but I had to come back because of the high cost of living. So I returned to Greece full of ideas and I organized a team willing to create a film based on American standards. I love the American cinema. So with a 300 euro Cannon camera and borrowed lights we started filming. The result was so satisfactory that the same Cannon never believed the potentialities of the camera, even though we had sent them the whole procedure to convince them.

Where does your inspiration come from?

The oneiric and mysterious world of Harry Potter has acted a very important role in my career. Also that is the reason for which I do not adore the European realism and I corporate the surrealism in my work.

What should expect your fans?

We are working on a thriller right now that will be played in Canada, USA, Italy and France. The technological evolution is very important in my Art. Right now we use the best tools that exist and constantly we are trying to improve our projects.

Do you have any advice for the young people?

I would like to tell them not to get stuck on stereotypes, and to try to make a difference. Also I would say to create their own identity and not to be afraid of living in the province. I collaborate with the most important enterprises in USA and Greece and I demand to keep living in my small city.

Send this to a friend